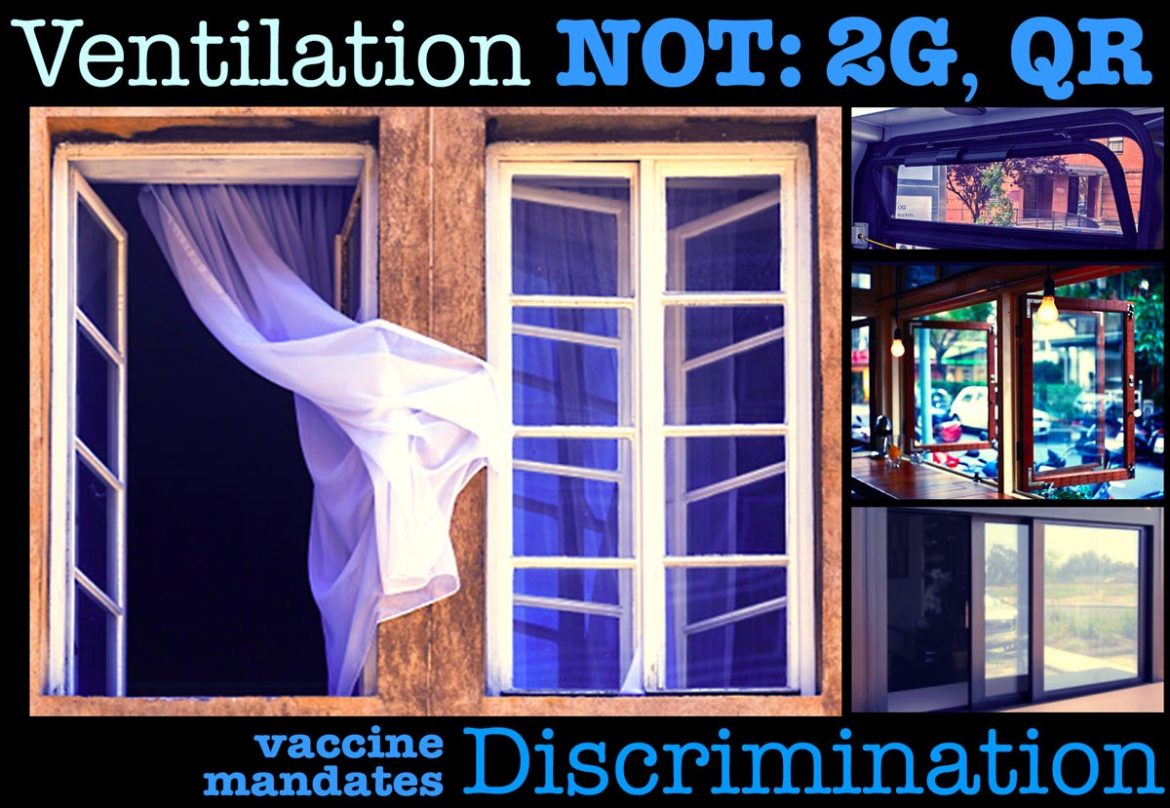 Freedom is nice after last winter’s discrimination. Unfortunately, nothing lasts for ever, the establishment is already busy planning 2022/2023 winter mandates and unjustified restrictions that helps no one.

The vaccines didn’t protect people from catching and spreading COVID. Regardless of boosters and 2G. It wasn’t a success story but a major failure, that pushed more people into poverty and caused mental health problems. Worst, it divided the nations and pitting the citizens against one another.

What makes them think, that the old measures, already tried, would work for new waves? Updated vaccines are made available, but they are on Day 0, trial phase for another 3-4 years. They shouldn’t be mandated, but used only by those who are willing to volunteer to take part on the trial and research. By choice, not by mandate.

From both previous winters, the establishment never mandated opening windows in public transport, hospitals or at doctors’ offices. By now, it is proven that COVID spreads unlike a normal flu, that mainly spreads from sneezing and coughing. It spreads also from breathing, any close place where people are together are susceptible for transmission of the virus. The cure is to establish ventilation that dilutes the concentration of the virus in the air. This considered, common sense would be, mandating opening a window in places many people are gathering at the same time. Not prohibiting people entering transport and retail stores. Anyway, no one takes a coat off in public transport or stores at the winter time. Energy efficiency can be replaced with more clothing not by turning heating higher.

The illusion and fear-based discrimination lead also to medical apartheid, in some medical facilities they denied a breathing test for Asthma for not vaccinated/tested people, while allowing vaccinated take the test without any restrictions. A medical apartheid that was not based on scientific facts, but kept in place to push an illusion of safety and punishing those who didn’t buy it. At the same time these facilities had become COVID chambers having all the windows tightly closed. See the hypocrisy here?

What you can do:

Take contact with your commune administration, the national parliament and health minister and pandemic boards.  Express your opinion that is now based on science and not futile guessing, as what they try to do, pushing for more QR codes. There should never be 2G implemented again. The vaccine mandate and QR code should be taken out from any pandemic related discussions worldwide.

Personally, I have nothing against mask, as it’s the least restrictive measure in place. Rather mask and open window, than brutal discrimination and getting closed out from the society, for the next winter months. Because evidence shows the vaccine didn’t work, there shouldn’t be granted any privileges for vaccinated people. Maybe some disagree with masks, but that’s a personal matter, everyone has the right to have their own opinion.

Act now, as some countries are issuing their plans for Autumn as early as June the 30th! Demand freedom and fresh air, and not restrictions and discrimination based on illusion!