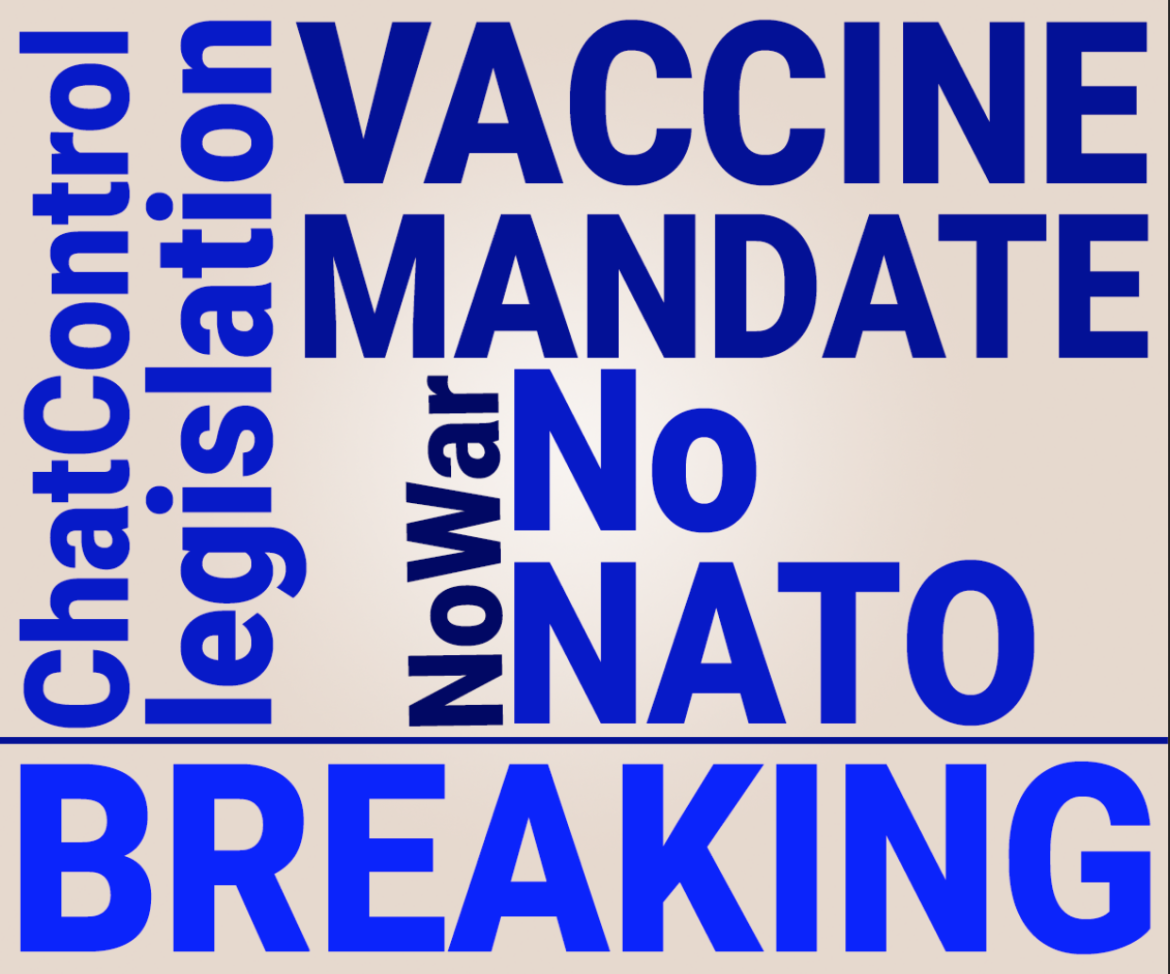 … You have the right to know and duty to act, to prevent them from happening

1. EU Commission ChatControl legislation is made public on the 30th March

The European Commission is planning to implement widespread mass-surveillance on every device operational in European Union. The plan is to end, end to end encryption (e2ee) to access citizens all private messages, images and emails. Scan them for CSAM content and if any such material is found, send the data to US based firm that alerts the local authorities, but also sends it worldwide.

According to Swiss researched the method has over 80% error rate. It means, innocent people can get a bad surprise, noticing they have been cut off from internet for posting images from holidays or emailing to grandparents’ pictures of their kids. Teenager making selfies and sharing them with friends are also subject to get flagged.

Without e2ee not only the Government has access to your data and communications, it leaves your device vulnerable to getting hacked. If you are an activist, protestor or have opposing opinion than the people in power, approving ChatControl legislation means everything you write can be used against you.

Right to privacy is clearly defined in International fundamental Human rights law. No state has the right to access citizens communications, without reasonable ground, approved by the court.

You can find more information about the legislation here. Make sure to contact the EU Commissionaires now, contact your MEP I European Parliament and representative in national parliament NOW. Over 34 Civil Society and privacy focused organizations have blown a whistle, on the gravity of this illegal “legislation” will cause to the society and our right to confidentiality and freedom of speech, right to access uncensored information about our Governments decisions.

In Europe there is no space to accept mass-surveillance and censorship using upload filters and intruding people’s privacy.

The Repressive EU’s ChatControl Legislation in a nutshell

2. Germany is voting on mandatory COVID vaccination in 3 weeks (First week of April)

This week in Germany Parliament debated on issuing mandatory vaccination from 1st October. There are 3 scenarios: Vaccine mandate to everyone over 18 years old, mandate to people over 50 years old, no mandate/professionally specified limited mandates. Some of the comments included “people experiencing serious side effects”, “The vaccine is ineffective; therefore, it is unconstitutional to mandate it, it isn’t the same than a vaccine against measles”. Statement from WHO: “Nations can’t vaccinate themselves out from pandemic, without practising other measures, such as masks and ventilation”. Lauterbach: “Germany will vaccinate itself out of pandemic”. Fact: Mandates don’t end the pandemic. Practising 2G rules from last Autumn until today, did nothing to flatten the curve. What it succeeded to do was to rise cases of depression among the teenager and adults, who’s human rights were seriously violated without any benefits at all to the society.

The vaccination rate in Germany is high, the exact data provided depends on who reports them. It anywhere between 70-80% of the total population. At the present Germany is among 4 countries with the highest infection rates worldwide. Scientifically the big pharma reports over 80% efficiency on protecting from infection, percentage contradicted directly with the high number of cases.

Beginning of the month, the Pfizer released documents, under court order issued to the FDA health authorities (here).  They were originally planned to be released only after 75 years. What is advertised as “very, very safe and effective” apparently has higher mortality rate than reported and over 1291 rare side effects. You can find the document released here. Make your own conclusion but under no circumstances any of these still under research vaccines should be made mandatory.

Incidentally, the European Commission President, has said, Europe will focus mostly on mRNA technology-based vaccines. The European Medicinal Agency (EMA), has not made a public statement after Pfizer document release. People must know what they consent to, it is intentional retention of important data, not to publish the Pfizer documents also in Europe. Including the private messages between the Pfizer CEO and Von der Leyen. Why do the EU promote Pfizer vaccine over other vaccines? Cuba has less cases with their homemade five classical vaccines, than in Europe, using the five star “Rolls Royce” mRNA vaccines!

Where there are no weapons, there are no wars. NATO is a military alliance that don’t seek to establish peace, its largest member, the US is very much dictating what NATO is doing and what actions it takes and to which conflicts it interferes. Increasing NATO member countries military spending, while the globe is literally burning from Climate change, is irresponsible, as the wars alone are contributors to global warming. Countries in Europe should obtain for neutrality and promoting peace. The funds that are miraculously found in governments budget today, to buy weapons, were not found to house the poor and provide for the hungry. In Europe the amount of people living on the streets is increasing and so called “welfare countries” are not faring well on handling their own humanitarian crisis. BUT they have millions to spend to promote wars and destruction worldwide.

Governments funds are coming directly from taxes, shouldn’t the citizens have the right to decide where the funds are used? Countries that are not in war against Russia, or other countries shouldn’t have the need to allow the US military to establish its military bases all across Europe. Further aggravating the situation which in the worst scenario will start WW3.

It’s sad to see how the Ukrainians homes are destroyed and its right to offer the refugees safety. This should apply to everyone, who has been forced to flee their countries because of war. The EU has taken strict policies on other countries refugees, you might have read stories of EU border guards pushing back boats of the refugees coming from middle east, boats carrying women and children are dying as a result. These are actions of the governments that are not innocent in global humanitarian crisis. The leaders are supporting several dictators and sending them weapons and forces, especially to middle east and in African countries. Not to promote peace, but guarding their investments to keep people in power that are favorable to land grabbing, slavery and internal displacement of communities to access natural resources for foreign companies and investors to exploit. Somehow, we are responsible too, because everyone who votes leaders, that are morally corrupted becomes complicit on their crimes.

In Yemen citizens are dying from hunger and from constant airstrikes. The Russian Ukraine war has pushed fuel prices up, disrupted the global food supply and in countries like Yemen, already suffering from famine, the war has unimaginable consequences. The Western leaders support Ukraine refugees, the citizens should help and support all refugees, including in Yemen and other countries, our “hypocritical” societies have left to their own means. I don’t normally promote fund raising, but there is a reliable one for Yemen, you can donate here. You can help those left without a support and voice.