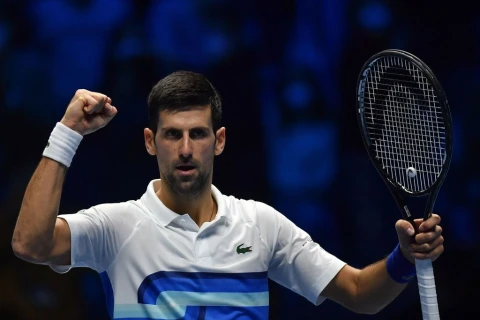 Serbian tennis player Novak Djokovic, who has not been vaccinated, was initially refused entry to Australia, where the Australian Open will start next week, January 17.
A judge ruled in his favor today, but the soap is not over yet.

Djokovic, the man who now has 20 Grand Slams to his name, arrived in Melbourne, Australia last Wednesday where he was going to participate in the Australian Open 2022 but was refused entry on arrival.
The Australian Border Force indicated that Djokovic did not meet the requirements to enter the country and so his visa was cancelled, but was this also the correct decision?

Although Djokovic is not by definition against vaccinations, he has indicated in the past that he believes that vaccination should be a free choice, the choice to determine for himself what is best for his body.
Entering Australia is currently very difficult if you are not fully vaccinated, the country has strict rules and almost everyone who wants to enter the country must either be fully vaccinated or hold a valid medical exemption.
Which is what Djokovic took on his way to the country Down Under given the fact that he had tested positive for the Coronavirus (Covid-19) in December 2021, and thus recovered from the virus and could provide evidence of recovery.
He tweeted this on Twitter before boarding the plane:

Happy New Year! Wishing you all health, love & joy in every moment & may you feel love & respect towards all beings on this wonderful planet.

I’ve spent fantastic quality time with loved ones over break & today I’m heading Down Under with an exemption permission. Let’s go 2022! pic.twitter.com/e688iSO2d4

After being questioned by the Australian Border Force, the submission states that Djokovic’s exemption was determined to be invalid under Australia’s BioSecurity Act because his previous infection with COVID-19 is not considered a medical contraindication for Covid-19 vaccination in Australia.
Djokovic’s visa was then canceled on January 6, under Section 116(1)(e) of the Migration Act, which allows the cancellation of a visa if the holder poses a risk for the health, safety or good order of the Australian community.
Following the cancellation of his Visa, the star player from Serbia was ordered to leave the country.
Greg Hunt, Australia’s Minister for Health, made it clear that if Djokovic does wish to try and stay in the country, he would need to follow the appropriate processes.
Djokovic and his team decided to challenge the decision and so the procedure had to be followed, starting with quarantine.

The whole situation was not appreciated by many of Djokovic’s fans and they started protesting, calling for the release of their hero, and demanding that he be admitted to the country to compete in the 2022 Australian Open.

Today came the decision of his appeal, which was a decision to celebrate for many.
Novak Djokovic will be allowed to remain in Australia, after the judge overturned a decision to cancel the tennis star’s visa.

The story is most likeky not over yet, as the Australian government already made threats to cancel his Visa again..