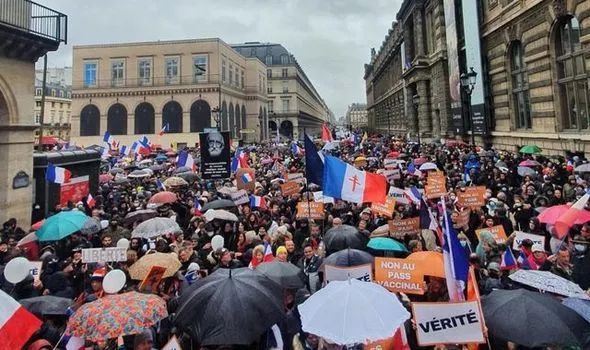 The whole world continues to stand up to the mandates being pushed by governments.
Those who are not vaccinated or who do not participate in the next round of vaccinations can face curtailment of their freedoms.
However, a large number of people in this world disagree, and they are not afraid to tell their governments! 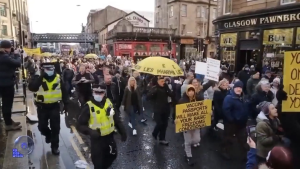 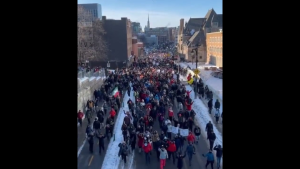 It’s weekend, Saturday January 8 and Sunday January 9, 2022.
For months now, protests are being staged around the world by people who are deeply concerned about how governments are forcing coronavirus (Covid-19) vaccinations on the population.
Besides the fact that we are dealing with a virus whose death risk is negligible for most people ( although people with a weakened immune system or elderly are at a higher risk), most people are mainly concerned about the fact that their rights and freedoms are restricted.
Going to the cinema, the theater, a restaurant or even a daily errand in some countries requires having a vaccination passport, recovery certificate or a negative test.
People who are unvaccinated and unwilling to be tested for every opportunity are automatically excluded from social settings in this way.
And this can no longer be the case, is the opinion of many.
After 2 years of living with restrictions, lockdowns and now having to prove a medical status with almost every daily activity, people are completely done with it.

Protests, they are here and they are many.
From London to Melbourne, from Amsterdam to Washington.
This weekend was no different, January 8-9, 2002. The amount of videos we received and found on social media is really overwhelming.
It clearly shows what people think of the freedom-restricting measures.
The list of participating cities around the world is once again huge.
To name a few:
Seattle, USA
Magdeburg, Germany
Hamburg, Germany
Vienna, Austria
Christchurg, New Zealand
Beirut, Lebanon
Montreal, Canada

And that isn’t all. For more please check out our youtube channel: https://www.youtube.com/c/RevolutionInTheStreets

It is a shame, but not unexpected of course, that the mainstream media does not or barely report on the enormous protests that are taking place.
Only when there is an uproar or when images go viral on social media and there is no escaping the truth, they make themselves heard. And let’s face it, there is clearly a huge movement that is speaking out against the mandates of the establishment,  so the mainstream media can’t stay silent for much longer.
That’s the advantage of technology, the people, and so we ourselves can report on the real events that are taking place.
The protests that are taking place are of unprecedented magnitude, let that be clear to anyone who doubts this. Never before have there been such massive protests around the world as now.
Our freedoms are at stake, the future is at stake!
Let your voice be heard now and be there at the next protest!