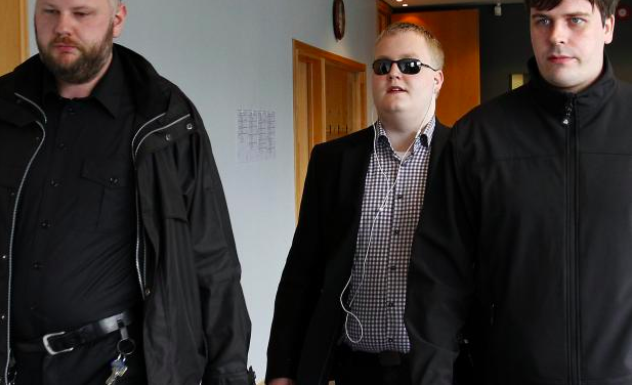 (Originally Published June 2021 by The Reframer)

Recruited by The United States to build a case against Founder and former Editor-in-Chief of Wikileaks Julian Assange, convicted criminal Sigurdur Ingi Thordarson has admitted to fabricating information used by The Department of Justice in the charges it has filed against the Australian-born publisher, Icelandic news outlet Stundin reported June 26, 2021. As a result, again attention should be drawn to how absurd the American government’s criminalization of Assange is. He is a journalist once at the helm of a publishing platform, an entity falling under the umbrella of the constitutionally protected press.

The Stundin article catalogues Thordarson’s lies extensively. According to the Icelandic publication, he falsely maintained that he had received direct instructions from Assange “to engage in computer intrusions in Iceland.” At the same time, Thordarson was also engaging in “unauthorized communications with members of international hacking groups that he got into contact with via his role as a moderator on an open IRC WikiLeaks forum,” the article reads. However, Stundin could not locate evidence of any awareness by Wikileaks staff of these communications. All the while, he was embezzling massive amounts of money from the anti-secrecy platform.

In its criminalization of Assange, The United States continues its nonobservance of precedent such as that set in New York Times Co. v. U.S., a landmark Supreme Court case that unprecedentedly affirmed protections for the press in cases where publishers release classified information in the public interest. And this nonobservance is in great part now evidenced to have been facilitated by lies that a convicted pedophile and scam artist, Thordarson, fed the American government. The similarities between the historical developments that precipitated New York Times Co. and what has happened with Assange and members of his circle are remarkable, and they add to any argument that the Founder of Wikileaks is a publisher entitled to First Amendment protections. Against the backdrop of such similarities and Thordarson’s conduct during his clandestine employment by the American government, it is again painfully evident that the U.S. will stoop to any depths of legal depravity to accomplish its corrupt goals.

Parallels Between the Past and the Present, from Daniel Ellsberg thru Chelsea Manning:

In 1971, former United States military strategist Dr. Daniel Ellsberg leaked The Pentagon Papers, a classified study of America’s involvement in Southeast Asia from 1945 thru 1967, to columnist Neil Sheehan at The New York Times. Under remarkably similar circumstances beginning in 2010, former U.S. Army soldier Chelsea Manning provided Assange and Wikileaks with the largest trove of classified documents ever to be published in American history.

Both Dr. Ellsberg and Manning had spent time in the military. Dr. Ellsberg was a company commander and platoon leader in the Marines from 1954 to 1957. He served in Southeast Asia. Dr. Ellsberg went on to work as a military analyst for the highest levels of the United States government. Similarly, Manning was a soldier stationed in Iraq from 2007 to 2010.

In their respective military careers, both Dr. Ellsberg and Manning experienced the trauma of two of America’s worst military campaigns. Both were ultimately motivated to disrupt these campaigns by leaking classified information to major publications. Both were charged with violating The Espionage Act of 1917—the piece of legislation passed shortly after America entered WWI, which aimed to stamp out subversion within the military and amongst Socialist dissidents, activists, and politicians. At the Act’s core was an attempt to mitigate the threat of espionage in war time.

In leaking such a massive trove of classified documents, Manning may have met a less favorable fate than Dr. Ellsberg. She was convicted of violating the Act by a military court and sentenced to a lengthy prison term. By contrast, Dr. Ellsberg was acquitted of all charges, when it was discovered that entities working for President Nixon had attempted to illegally obtain evidence of his alleged wrongdoing.

Likewise, in releasing these documents, often likened to The Pentagon Papers, Wikileaks is reminiscent of The New York Times, when NYT released The Papers.

Provided with The Papers in the early 70s by Dr. Ellsberg, journalist Neil Sheehan at NYT is like an historical version of Wikileaks-founder Julian Assange. Both men came into possession of classified information. Both men were instrumental in exposing the global community to the leaks each facilitated during their respective careers. The course of public opinion on The Vietnam War (in Sheehan’s case) and America’s involvement in The Middle East (in Assange’s case) was radically altered in a positive fashion as a result of Sheehan and Assange. The leaks only bolstered the American public’s legitimate opposition to the Vietnam and Iraq Wars.

American presidents during the Vietnam War promised a swift resolution to the military campaign. However, they failed to deliver on that. Likewise, American presidents since George W. Bush have either implicitly or explicitly claimed that the Middle Eastern campaign would be swift. But America’s military presence in The Middle East has been anything but swift.

For the sake of relieving Assange of the criminal charges he faces for allegedly violating The Espionage Act, one need only prove that Wikileaks is a publishing platform and that Assange is like an editor-in-chief or a journalist at any news publication. If he is merely a journalist, and if he is undeniably like Sheehan, the government has no case. And proving that Wikileaks and Assange are such entities is not as difficult as one might think.

Against the backdrop of New York Times Co. v. U.S., it is easy to dispel the allegations against Assange. In New York Times Co., Justices of The Supreme Court venerated NYT for its publication of The Pentagon Papers, asserting that the information within The Papers was essential to the public interest. Asserting that democracy is only possible when a citizenry may engage in political processes in an educated manner, Justice Hugo Black, for example, argued that, “The press was [meant] to serve the governed, not the governors.” In the opinion handed down by the Court June 30, 1971, Justice Black continued:

“Only a free and unrestrained press can effectively expose deception in government. And paramount among the responsibilities of a free press is the duty to prevent any part of the government from deceiving the people and sending them off to distant lands to die of foreign fevers and foreign shot and shell.”

The Framers and Justice Black hailed the press as a check on the powers our three branches of government wield. It is this check on power that they believed maintained a truly free and democratic state; in keeping the public well-informed, the press preserves the public’s ability to meaningfully oppose state power.

Circa 2010, Wikileaks was undeniably in a similar situation to NYT in the 1970s. “The Afghan War Diary” featured extensive documentation of how brutal the American military has been in the Middle East. Insofar as it featured such extensive documentation, the similarity between the anti-secrecy platform and the news publication is striking.

But is Wikileaks a “publication” in the sense that the American judicial system would legally recognize?

In New York Times Co. and in United States v. Washington Post Co., a definition of “publication” was laid out in varying degrees of explicitness. Ultimately in both cases, The Supreme Court affirmed the sacred nature of publishing activities as conducted by NYT and The Post in their respective releases of The Papers. Recognized in each case as entities falling under the umbrella of the constitutionally protected press and allowed to proceed with publication of The Papers, the newspapers were legitimized by The Supreme Court as entities within “the press” serving the public in disclosing information that Americans needed to consume in order to engage meaningfully in the democratic process.

But have Wikileaks and Assange served the public interest in the way that NYT and The Post did? As of late, politicians across the political spectrum in America have insisted President Biden drop the charges against the Australian-born journalist, arguing that he is a publisher facilitating democratic processes by disclosing information in the public interest. Often pointing to New York Times Co., these politicians lend credence to the argument that Assange is no different from any editor at any news publication.

If NYT could ultimately proceed with releasing The Papers, and if Wikileaks is a news publication in terms of how it functions in compliance with legal definitions of “the constitutionally protected press,” then the government’s case for pursuing Assange is absurd. The government is pursuing an entity belonging to the historically protected press.

Freedom of the press is guaranteed under The First Amendment. But in The United States’ historically over-prevalent corruption and overwhelmingly abusive exercise of American Exceptionalism, far too many administrations have not observed that right.

Although few would like to admit this, former President Obama’s administration, for example, prosecuted more whistleblowers than all other administrations combined. Former President Trump was certainly as egregious, and President Biden has continued to criminalize journalism by not terminating the proceedings against Assange.

In its nonobservance of precedent, the U.S. government not only continues to violate Assange’s human rights (as Assange rots in an English prison during ongoing extradition proceedings), but it also is assaulting the bases of our government laid out by the Founding Fathers. And in this nonobservance, it has relied in large part on fabricated evidence by a convicted pedophile and and fraudster Sigurdur Ingi Thordarson.

Has it ever been more apparent that the American legal system is Kafkaesque and not at all symbolized by Lady Justice, the blindfolded and scale-holding so-called “emblem” of a fair and just legal system?

(Originally Published June 2021 by The Reframer)