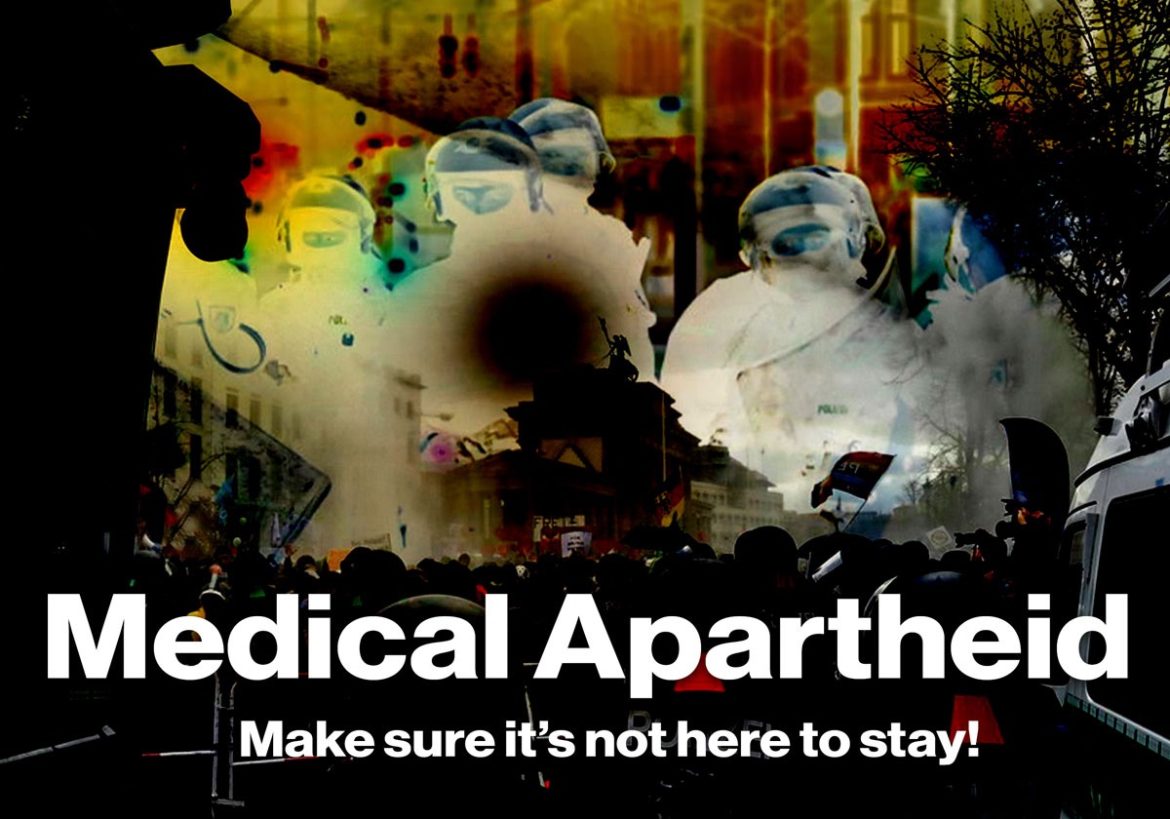 Make sure it’s not here to stay. The importance of resisting use of QR-codes and comply with 2G and 2G+ regulations

“the unconscious need to avoid cognitive dissonance serves as a powerful motivation to rationalize even the most horrific beliefs and behaviors.” source

In Austria, France, Italy, Germany and Switzerland, retail, hairdressers, restaurants, pubs, theatres, cinemas, exhibitions are open to small group of people but not for all. To get in, people must be vaccinated, recovered, boosted, in some cases tested. The access to these facilities is prohibited for unvaccinated people who are not infected with the Corona virus. Where is the logic behind these practices that are nothing else than an apartheid?

Not infected individuals are not spreading the virus, making it clear, its not about pandemic prevention, but compliance to Governments. Medicinal cures and prevention can be wonderful after many years of evidence-based research. Never before, people are getting coerced and blackmailed to accept to serve as an experiment in Europe. Not since 1945 when it ended. Many African nations know what medical apartheid is and how it affects persons dignity and integrity for many years. Black men with syphilis were denied access to treatment. Operations were performed without anesthetises. (I) This sounds barbarous and outrageous.

You might think what this has to do with the current Corona pandemic prevention measures. Both share discrimination and dehumanization of certain group of people, that currently are considered as undesirable, inferior and non-humans. We haven’t reached the point yet, where things have climaxed, but we are not very far from it. As intelligent humans, we should be able to reason and foresee where this will lead, unless we all decide to unite and resist. Do what we know is right, even when it means disobeying the Governments set of regulations and orders.

Accepting to serve only clients that can present a valid QR-code, is not helping to end the pandemic. These people might be infected, how do you know they are not? The Government advices they shouldn’t be asked to take a test, because they are ‘good obedient citizens. Possibly the ‘disobedient’ citizens would be safer to let in, if they have a FFP2 mask on, than the one without any mask because the Government told them they don’t need one.

We recently spoke with an individual small business owner, who testified that they have lost over 50% of their revenues due to the 2G regulation. This is in country, where the media constantly is publishing articles how great the corona aid budget is the Government is offering, to support small businesses, solopreneurs and freelancers. They fail to write, that there’s a small print, that systematically is excluding majority from having access to the aid. The ‘owners’ themselves end up living from separate aid, that is calculating fictional income, money that doesn’t exist and take it out from the aid. Leaving people not be capable of paying their rent, groceries, medicines or other essentials. Treated as ‘non-humans’ from start to end.

For customers this is medical apartheid. ‘Medical’ because it is practiced using ‘vaccine’ as a carrot, breaking the spirit and will of the people as a collateral. We support all small business owners to open up with The Netherlands and those currently under 2G regulations, because it might be the only chance we still have. Turn the tide to one that ends the pandemic, restores the humanity and do not comply with unethical dehumanizing practices.

Vaccinated or not, unite and refuse to scan anymore codes! Take other precautions you can, because it’s also a chance to show the Government, that the people as united, can do more than the Government with their Apartheid policy!

Behind each small business there’s individual. Are we going to sit idly and let them fall, have one disgusting service like Amazon available or other huge corporate chain, who is corrupted, human rights abuser?

We are very concerned what happens to small stores, restaurants and other small service providers. What is done to the people visiting these places and how the injustice to both is going to shape the future of our society.

Don’t confuse disobedience to fascism. It is not the same.